The literary community was left divided this week after singer-songwriter Bob Dylan was awarded the world’s most prestigious literary award, the Nobel Prize for Literature, on Thursday, October 13. 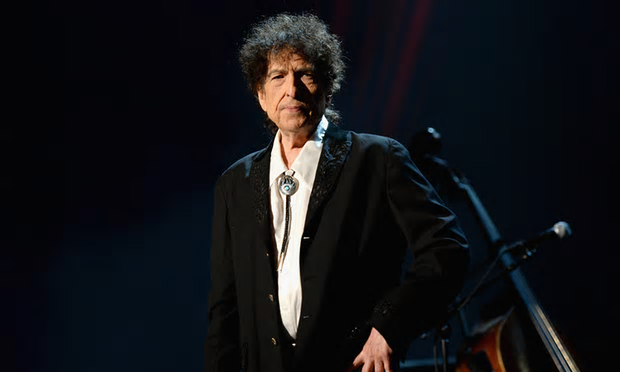 Dylan has managed to beat a number of notable authors (including Ngugi wa Thiong’o, Don DeLillo, Haruki Murakami and Javier Marias) to the top spot, bagging a $900,000 prize in addition to being named this year’s Nobel laureate – a great honour in itself.

Speaking after the announcement, Swedish Academy Secretary Sara Danius said that it had “not been a difficult decision” but acknowledged that some may view the choice as controversial, stating that “we [the Academy] hoped the news would be received with joy, but you never know.”

Although many have questioned whether pop songs should be allowed into the category of poetry (especially given the number of musical accolades available), it is clear that the nature of Dylan’s works has not excluded him from being considered a poet on the greatest stage of all.

Indeed, Danius compares the American songwriter to Homer and Sapphio (on the justification that the works of both are intended to be performed, often which musical accompaniment) and argues that Dylan “is a great poet in the great English tradition, stretching from Milton and Blake onwards. He’s a very interesting traditionalist, in a highly original way. Not just the written tradition, but also the oral one; not just high literature, but also low literature.”

Many notable writers have come out publicly in favour of the choice: Salman Rushdie has stated that “the frontiers of literature keep widening, and it’s exciting the Nobel prize recognises that”, and Billy Bragg said “the first couple of stanzas of ‘Mr Tambourine Man’ opened my eyes and ears to the idea that music and poetry could exist together.”

However, not everyone is so keen. Margaret Atwood, upon being informed that Dylan had won the Nobel Prize, responded “for what?” with cool acidity; Natalie Kon-Yu noted with a weary resignation many of us can sympathise with that awarding the prize to “another white male writer” is hardly a break from the norm. Irvine Welsh called the decision a “half-arsed attempt” to honour Dylan and argued that acknowledgement of his works should be restricted to the musical.

Interestingly, Dylan has maintained radio silence since the announcement was made on Thursday evening, failing to comment on the award despite having a readymade audience (as he was playing gigs in Las Vegas and Coachella on Thursday and Friday nights, respectively). Perhaps, like Jean-Paul Sartre before him, he wishes to decline the award on political grounds, or maybe he just doesn’t like the pressure that comes with such praise.

Speaking to The New Yorker back in 1964, Dylan once said that “I fell into a trap once last December when I agreed to accept the Tom Paine Award from the Emergency Civil Liberties Committee… I looked down from the platform and saw a bunch of people who had nothing to do with my kind of politics… They had minks and jewels, and it was like they were giving the money out of guilt. I got up to leave, and they followed me and caught me. They told me I had to accept the award.”

So, it is still unclear whether or not Dylan will attend the ceremony. However, Danius has emphasised the fact that Dylan has won the Nobel Prize whether he acknowledges it or not, commenting that “if he doesn’t want to come [to the prize ceremony], he won’t come. It will be a big party in any case and the honour belongs to him.”

Whatever your thoughts are about how ‘literature’ should be classified, it’s difficult to argue with the fact that Dylan is an excellent wordsmith. His gravelly voice and poetic lyrics musing over war, heartbreak, betrayal, death and moral faithlessness have brought beauty to life’s greatest tragedies. I’ve posted one of my favourites below. Why not add your own in the comments?